Leaving the beautiful Highway 1, we drove over the Golden Gate Bridge and into San Francisco. 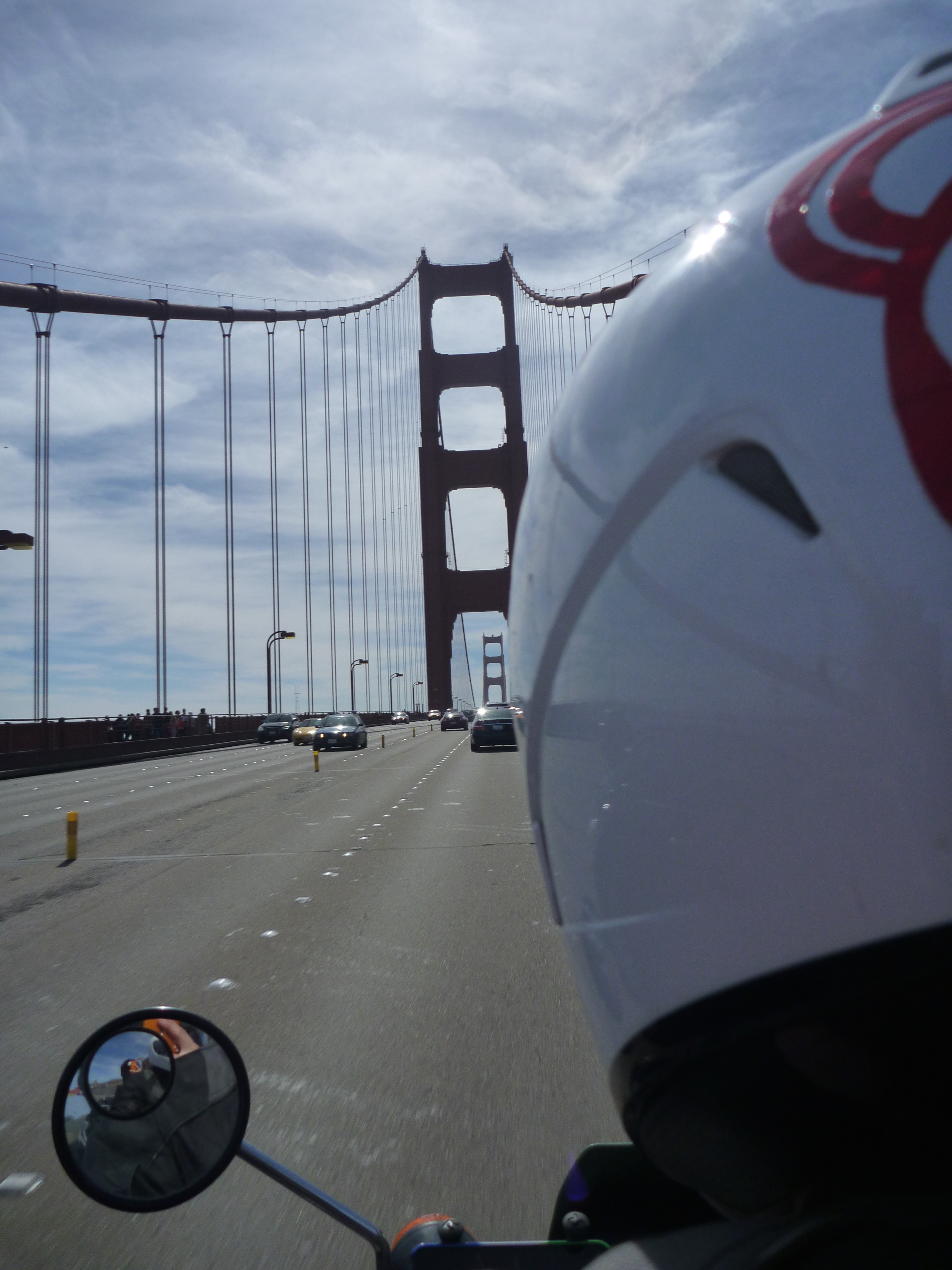 San Francisco is a destination for us since that is where the Brazilian consulate is located. Brazil is the only country that we plan to enter that requires getting a visa in advance. We purchased some In-N-Out burgers (Dick’s in Seattle is still better), then headed East to Livermore to meet up with my great aunt and uncle who were super hospitable to us for the next five days. Emily setup our tent to dry out which had other thoughts and eventually got wind-blown into their pool… I was tired of our dirt bike tires that were most likely quite old, so we went to a motowrx in Livermore and ordered a new set of Pirelli MT-90 tires which would arrive in a couple days. 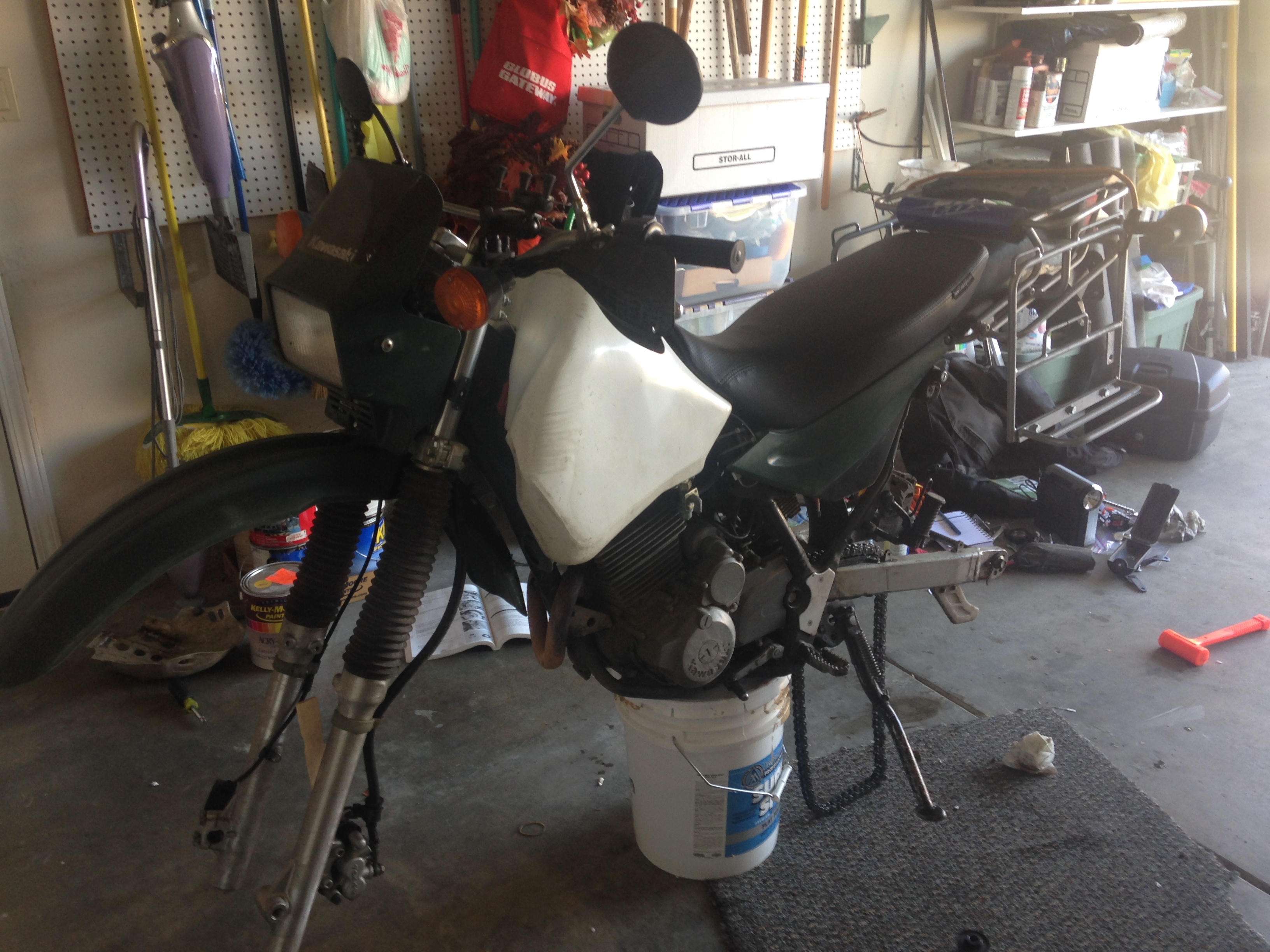 During our time in the Bay Area we were able to meet up with a couple friends that I haven’t seen in a while and had some fun being tourists in the City. 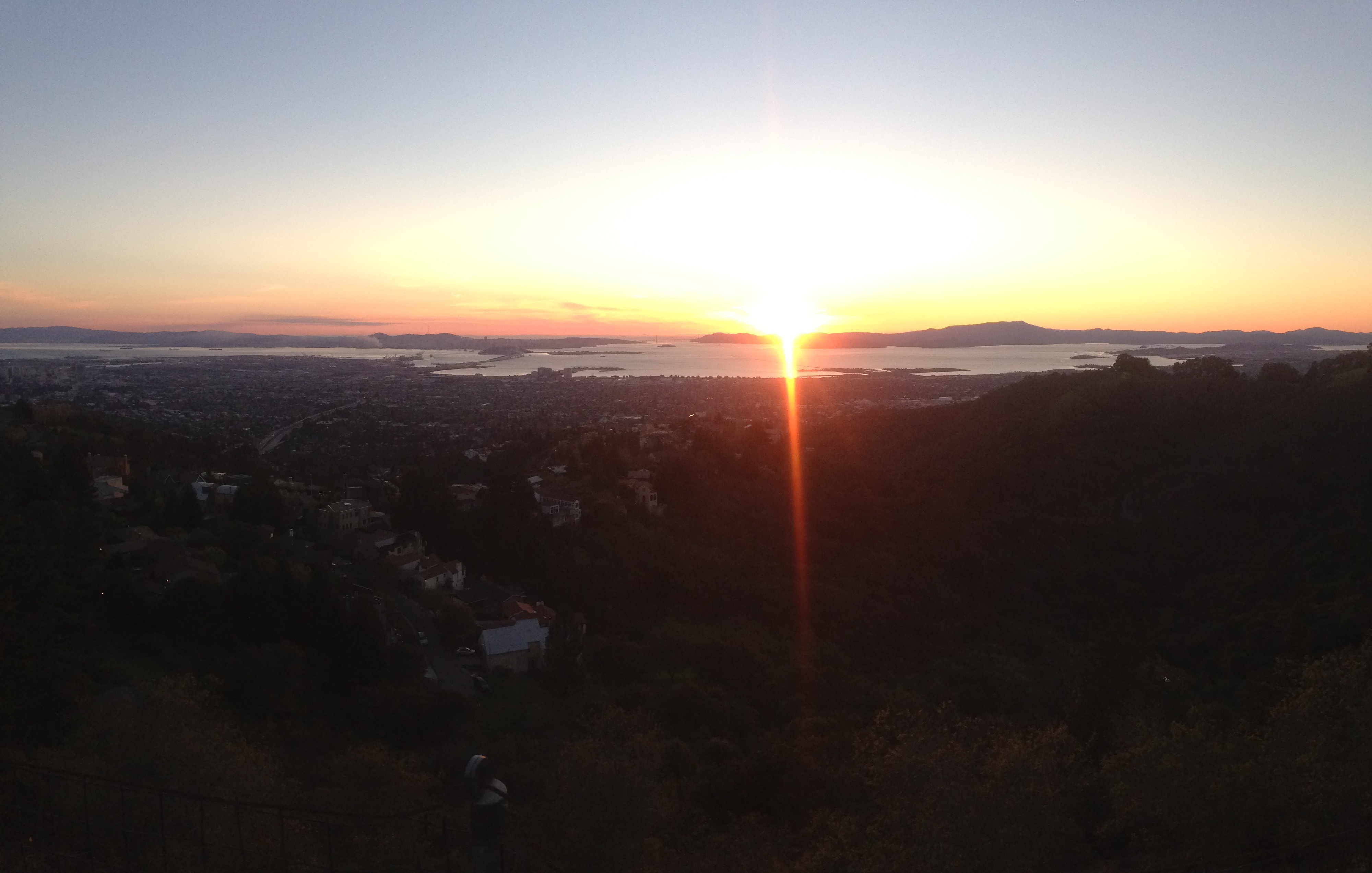 View from my great aunt and uncle’s house above Oaklane. 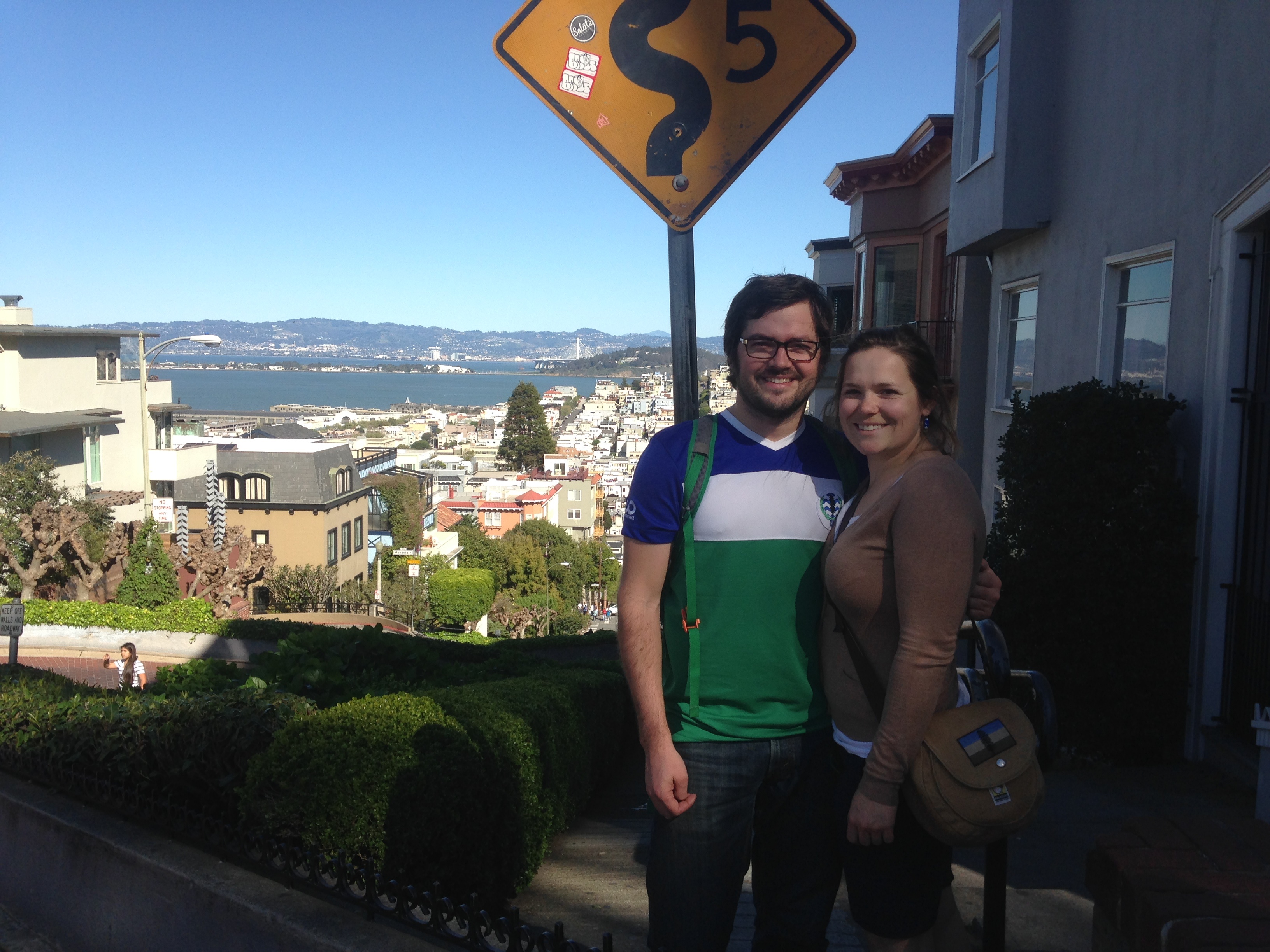 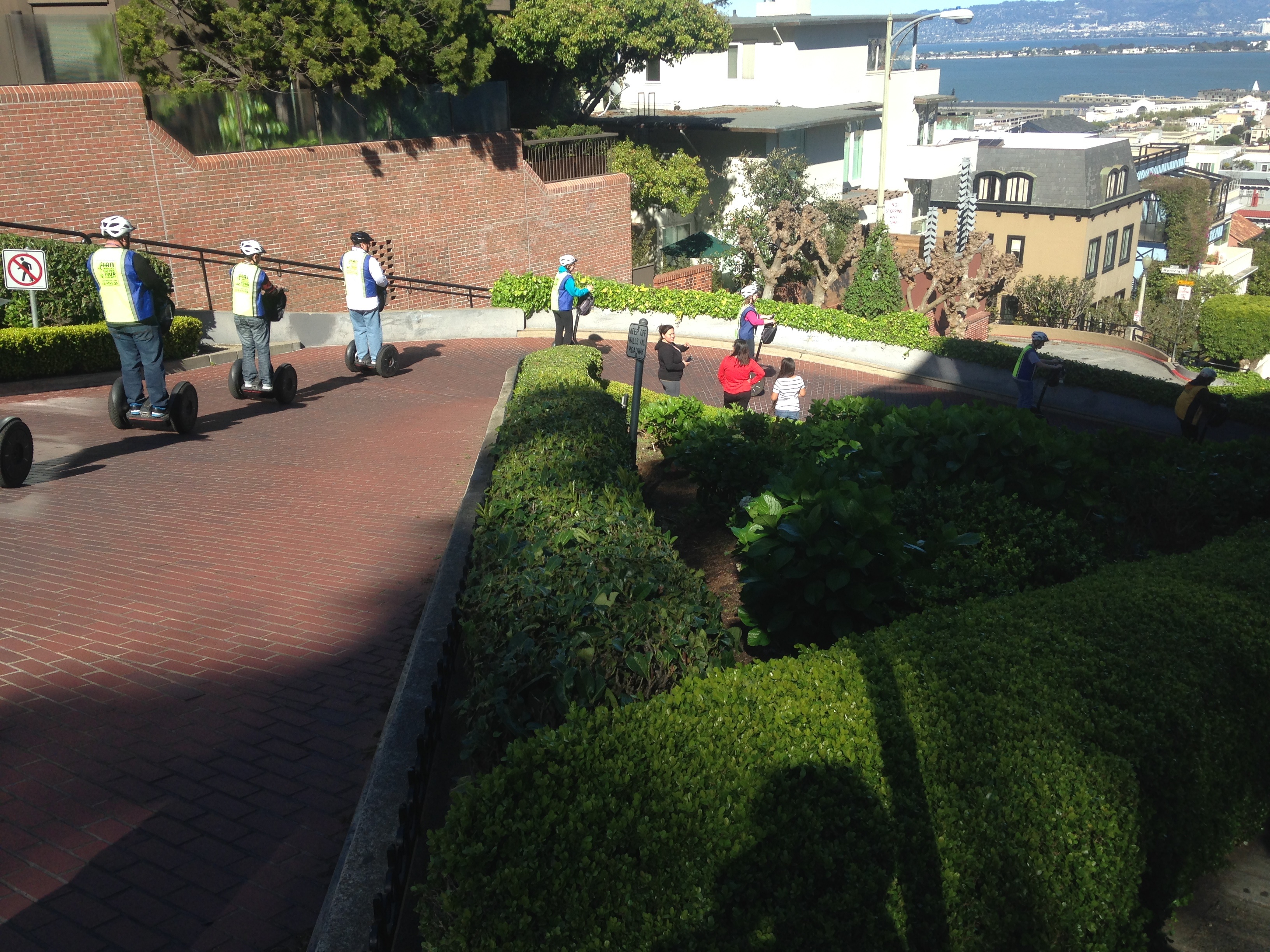 We didn’t plan ahead very well with the Brazilian visa ordeal, turned out that you have to make an appointment to apply for a tourist visa and the appointments were all booked up for the next three months! The other alternative that we had was to acquire a fifa spectator visa which is actually free (vs the $160 tourist visa), but the trick to that is that you must have world cup tickets to be eligible and we were planning on scalping tickets when we arrived. Somehow, the stars aligned and the morning before we were going to go attempt to get the visas without tickets, fifa released some last-minute tickets and we were able to swoop some up! The consulate accepted our visa applications and will mail our passports to LA when they’re finished with them 🙂 🙂 Super excited how that all worked out.

We’re now down south of Santa Cruz, what a difference those new tires make!!! 70mpg no longer feels like the bike is swimming all over the road, such a smooth ride. We’re staying with some dear friends and their adorable 11day old baby girl. Planning on visiting Zero Motorcycles tomorrow to check out their facility and to hopefully test-drive an electric motorcycle!